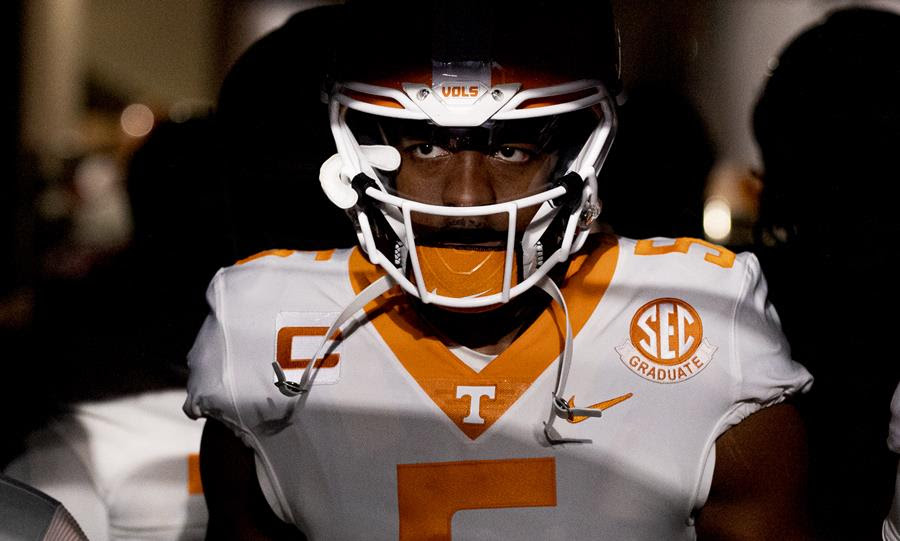 Hooker becomes the first finalist for the Manning Award in program history after it was commissioned in 2004. The award was created by the Allstate Sugar Bowl in honor of the college football accomplishments of Archie, Eli and Tennessee legend Peyton Manning.

No stranger to recognition by the Manning Award, the Tennessee signal-caller earned the award’s weekly recognition, Manning Award Star of the Week, four different times this season. He did so following a 349-yard passing day against Florida that also saw the redshirt-senior rush for 112 yards and a touchdown. His five-touchdown, 385-yard heroic performance against Alabama netted him recognition and he followed that up with a three-touchdown, 245-yard game in prime time against Kentucky. His final collegiate home game also earned the attention of the award after Hooker threw for 355 yards and three touchdowns in a record-setting offensive showing against Missouri – one that produced 724 total yards of offense, a single-game program high.

Though hard to do following his first-year production, Hooker one-upped his 2021 season totals, further cementing himself in the Tennessee record books and program lore. He completed a single-season record 229-of-329 passes, a 69.6 completion percentage, topping his own high-water mark of 68.0 from 2021. For his career, he surpassed one of the namesakes for the award, connecting on 435-of-632 passes for a 68.6 percent completion rate while dawning the Orange & White. That figure was good enough to topple Manning’s previous career mark of a 62.5 percent.

The Big Orange signal caller passed for 3,135 yards in a season cut short by injury. He was on pace to surpass 30 passing touchdowns for the second-consecutive season, but concluded his final collegiate season with 27 aerial scores and five touchdowns on the ground in 11 games.

Currently, Hooker still ranks as the Southeastern Conference leader in multiple statistical categories, leading the toughest conference in college football in completion percentage (69.6), passing efficiency (175.5), total offense (324.1) and yards per passing attempt (9.53), a category he also ranks as the national leader in. Those figures become especially impressive given he did so against the seventh-toughest schedule in the FBS and earned five AP Top 25 victories at the helm of the Big Orange offense.

Hooker was named the SEC Player of the Year on Wednesday, Nov. 30, by the USA Today Sports Network, which is selected by a group of 13 writers who cover the conference on a daily basis.

A sixth-year senior and captain of the nation’s No. 1 offense, Hooker led the No. 7 Vols to their first 10-win regular season since 2003 and the program’s first-ever No. 1 ranking by the College Football Playoff committee when the rankings debuted on Nov. 1.