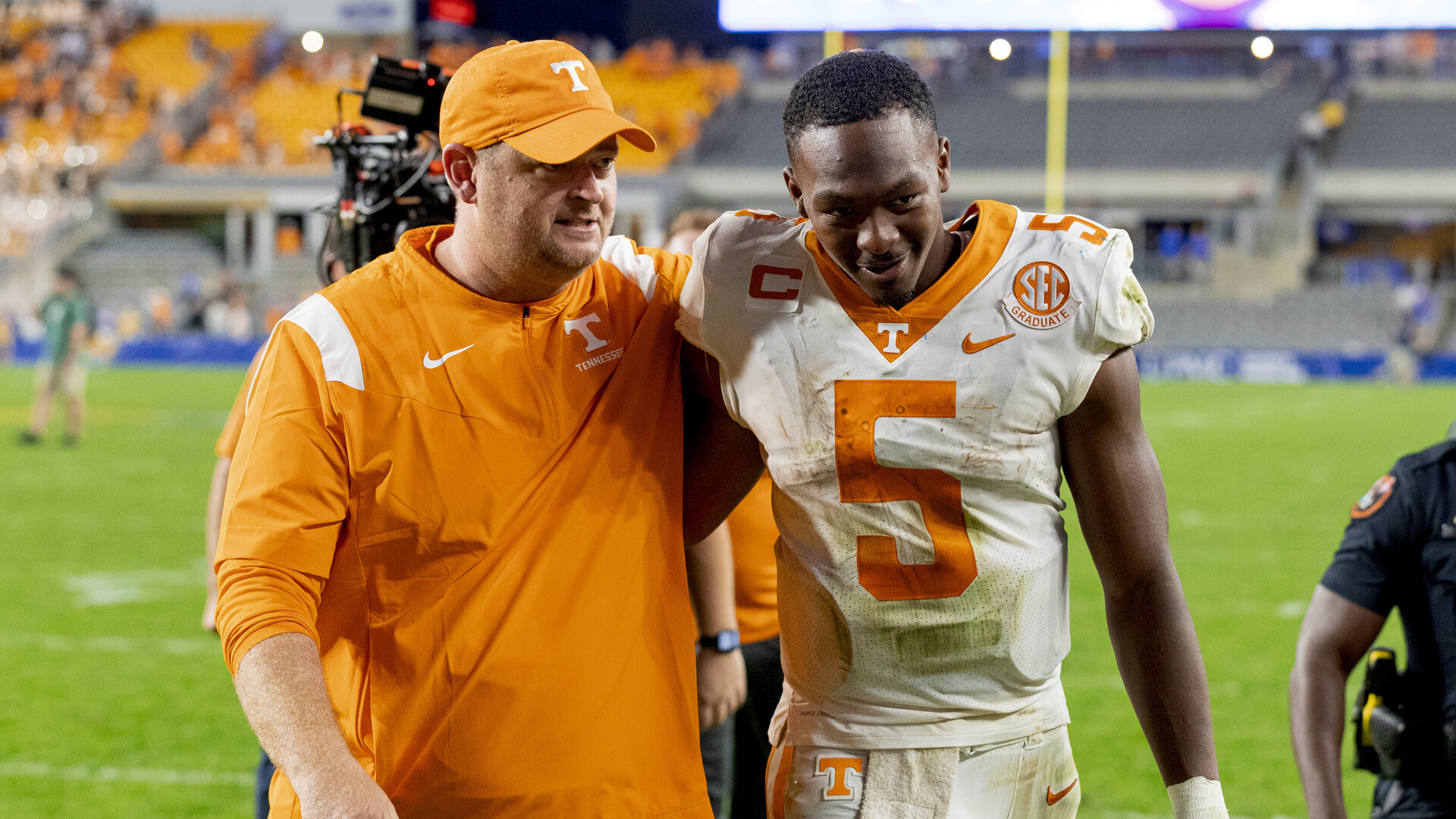 Hooker is Tennessee’s first AP SEC Offensive Player of the Year since former quarterback Peyton Manning received the distinction in 1997. Heupel is the first Tennessee head coach to be tabbed SEC Coach of the Year by the AP since Phillip Fulmer earned the honor after an undefeated campaign in 1998.

A finalist for the Maxwell Award and Johnny Unitas Golden Arm Award, Hooker captained an offense that led the nation in scoring offense (47.3) and total offense (538.1). The sixth-year senior from Greensboro, North Carolina, completed 229-of-329 passes for 3,135 yards and 27 touchdowns with just two interceptions while adding 430 rushing yards and five scores on the ground. He finished the regular season ranking atop the SEC in passing efficiency (175.5), total offense (324.1), completion percentage (69.6) and yards per attempt (9.53).

Heupel guided the Vols to a 10-win regular season for the first time since 2003 in his second year at the helm on Rocky Top, and Tennessee was tabbed No. 6 in the final College Football Playoff rankings. Touting wins over final CFP No. 5 Alabama and current AP No. 16 LSU in Baton Rouge, the Big Orange secured a New Year’s Six bowl berth for the first time in the College Football Playoff era—gearing up to take on the No. 7 Clemson Tigers in the Capital One Orange Bowl on Friday, Dec. 30 at 8 p.m. ET in Miami.

Hyatt, a Biletnikoff Award finalist, took home the SEC receiving triple crown—leading the league in receptions (67), receiving yards (1,267) and receiving touchdowns (15). His 15 scores also lead the FBS, while his 1,267 yards rank fourth nationally and are 31 shy of tying the program record set by Marcus Nash in 1997.

A talented, powerful tackle and two-time SEC Offensive Lineman of the Week this season, Wright has played a team-high 829 snaps this season without allowing a sack. The 2023 NFL Draft Prospect anchors the nation’s No. 1 offense and is one of just 14 Power Five offensive linemen with more than 825 snaps played and no sacks allowed this season, according to Pro Football Focus.

Young dominated up front and finished the regular season leading the Volunteer defense with 10 tackles for loss, five sacks and 14 quarterback hurries. The senior from Georgetown, South Carolina, was twice named SEC Defensive Lineman of the Week after strong performances at Pittsburgh and LSU, totaling 4.5 TFLs and 3.5 sacks across those outings.