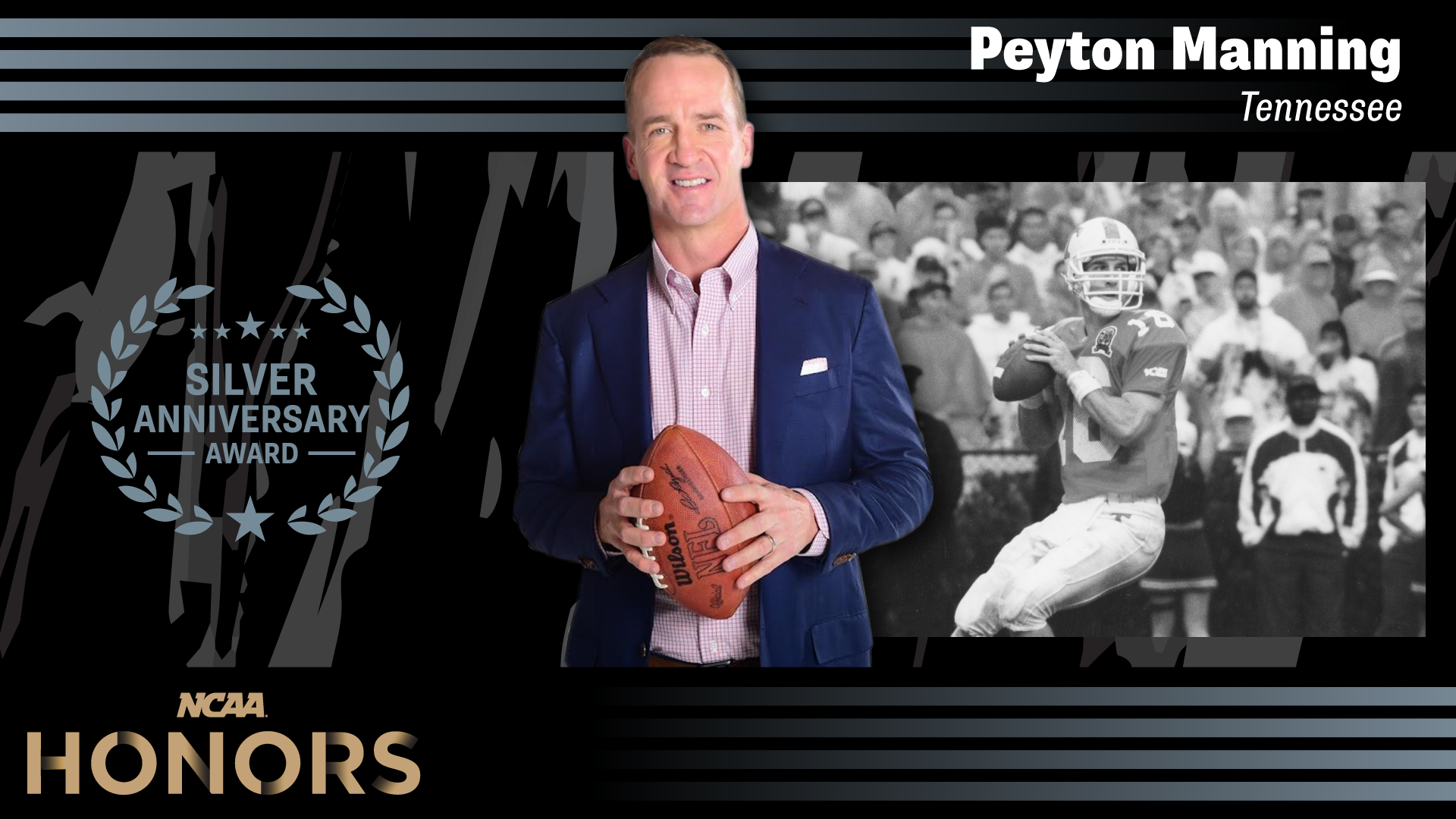 The Silver Anniversary Award recognizes six individuals on the 25th anniversary of the conclusion of their collegiate athletics careers. The individuals honored are nominated by administrators and are selected by a panel of former student-athletes and representatives from NCAA member institutions and conferences.

Manning, a 1997 graduate of the University of Tennessee with a degree in speech communication, finished his career on Rocky Top with a resume as impressive as any in the collegiate ranks. Many of his records still stand today in the Volunteer history books, including being the only student-athlete in program history with over 10,000 yards passing, holding 11,201. He threw 89 touchdown passes in his time at Tennessee, including 36 in his final season of action with the Vols. At the time of his graduation from UT, Manning held 42 NCAA, SEC or school records.

His illustrious career at Tennessee landed him a myriad of honors, both while in college and as a postgraduate. Manning was inducted into the College Football Hall of Fame in 2017 and the CoSIDA Academic All-America Hall of Fame in 2018. The New Orleans, Louisiana native was a two-time All-American and a First Team All-America recipient in 1997. That year he also won SEC Athlete of the Year and SEC Player of the Year while winning multiple college football awards like the Maxwell Award, honoring the nation’s most outstanding player, the Davey O’Brien National Quarterback Award and the Johnny Unitas Golden Arm Award.

Manning becomes the fifth Tennessee Volunteer to earn the NCAA Silver Anniversry Award in the history of the program, along with Andy Kozar in 1977, Bob Johnson in 1993, John Trembley in 2000 and Heath Shuler in 2019.

All six recipients will be recognized at the NCAA Convention taking place on Jan. 11 in San Antonio, Texas. The recognition will be included in the NCAA Honors Celebration.