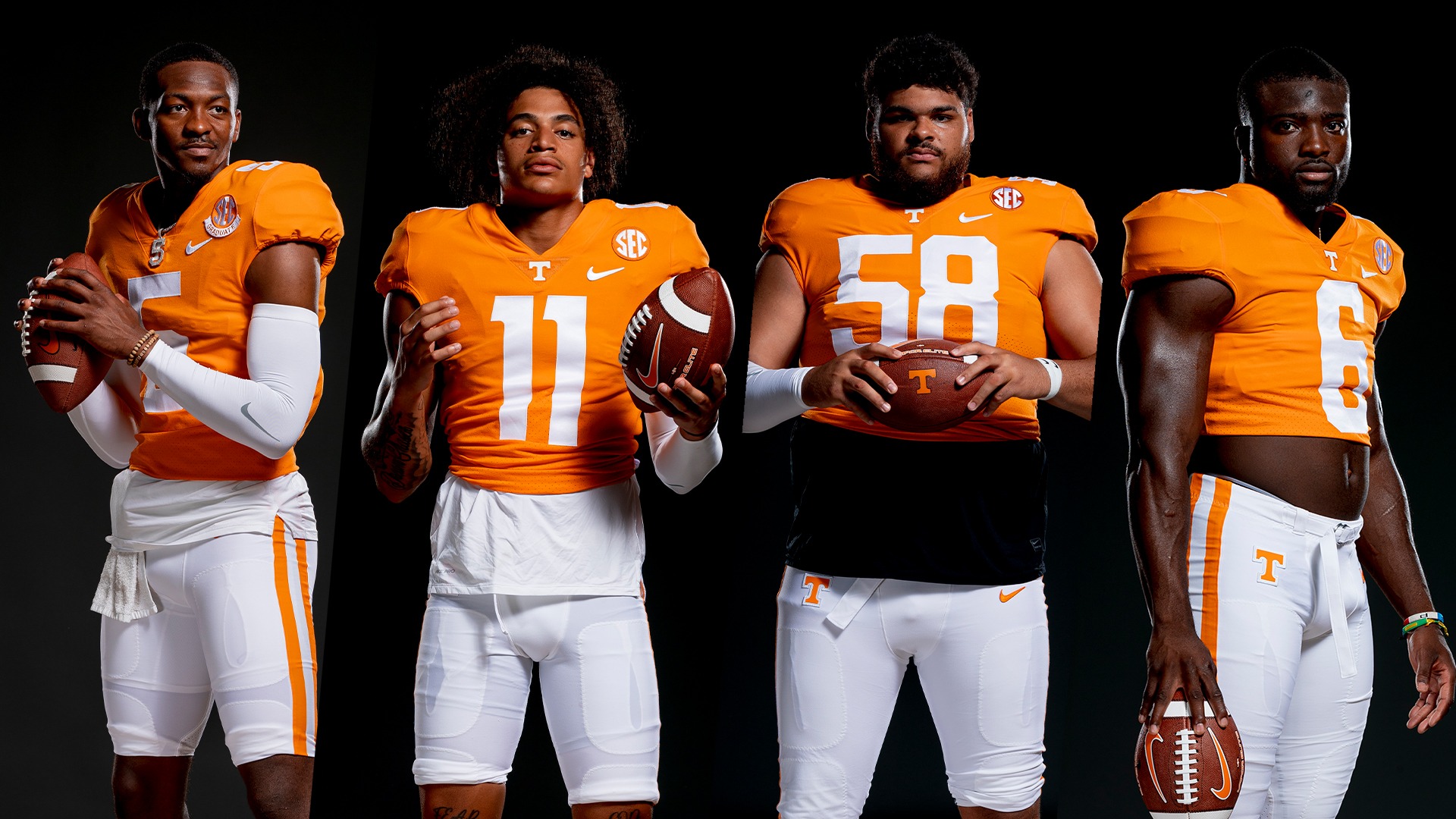 BIRMINGHAM, Ala. – After a highly successful 2022 season, Tennessee was well represented on the Southeastern Conference postseason teams that were announced on Tuesday afternoon, which are voted on by the league’s 14 head coaches.

The Volunteers had four players earn first team All-SEC recognition, led by the quarterback Hendon Hooker. Joining Hooker on the first team were junior wide receiver Jalin Hyatt, senior right tackle Darnell Wright and senior defensive lineman Byron Young. Hooker, Hyatt and Wright were all named first team All-SEC by the Associated Press, as well, while Young was a second-team selection by the AP, which released their all-conference teams on Monday.

Tennessee’s four Coaches All-SEC first team selections are the most for the program since also producing four in 2006.

A finalist for the Walter Camp, Maxwell, Unitas Golden Arm and Manning awards, Hooker captained an offense that led the nation in scoring offense (47.3) and total offense (538.1). The sixth-year senior from Greensboro, North Carolina, completed 229-of-329 passes for 3,135 yards and 27 touchdowns with just two interceptions while adding 430 rushing yards and five scores on the ground. He finished the regular season ranking atop the SEC in passing efficiency (175.5), total offense (324.1), completion percentage (69.6) and yards per attempt (9.53).

Hooker was also named the SEC Offensive Player of the Year by the AP earlier in the week. He is the first Tennessee quarterback to be selected to the Coaches All-SEC first team since Tee Martin in 1999.

Hyatt, a Biletnikoff Award finalist, took home the SEC receiving triple crown—leading the league in receptions (67), receiving yards (1,267) and receiving touchdowns (15). His 15 scores also lead the FBS, while his 1,267 yards rank fourth nationally and are 31 shy of tying the program record set by Marcus Nash in 1997.

The junior wideout from Irmo, South Carolina, is Tennessee’s first wide receiver selected to the Coaches All-SEC first team since Robert Meachem in 2006.

A talented, powerful tackle and two-time SEC Offensive Lineman of the Week this season, Wright has played a team-high 829 snaps without allowing a sack. The 2023 NFL Draft prospect anchors the nation’s No. 1 offense and is one of just eight Power Five offensive tackles with more than 825 snaps played and no sacks allowed this season, according to Pro Football Focus.

Young dominated up front and finished the regular season leading the Volunteer defense with 10 tackles for loss, five sacks and 14 quarterback hurries. The senior from Georgetown, South Carolina, was twice named SEC Defensive Lineman of the Week after strong performances at Pittsburgh and LSU, totaling 4.5 TFLs and 3.5 sacks across those outings.

The SEC postseason individual awards will be announced on Wednesday while the SEC All-Freshman Team is slated to be released on Thursday.