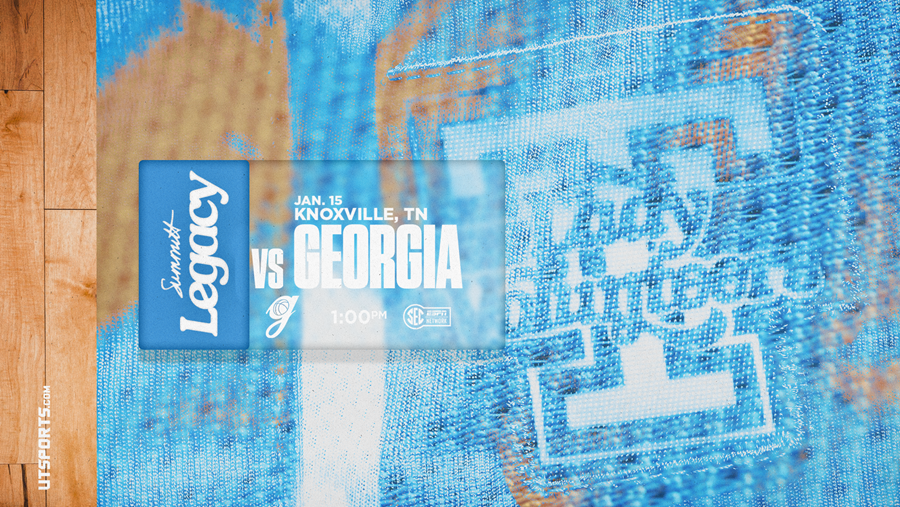 The Lady Vols and the Lady Bulldogs will meet for the 73rd time in a series that dates back to 1969, with UT holding a 53-19 advantage after winning in Knoxville last season in Athens, 63-55.

Through five games, UT remains tied atop the SEC standings along with South Carolina, LSU and Ole Miss, while Georgia stands alone in eighth place. Kellie Harper‘s squad enters on a six-game winning streak and has been victorious in 11 of its past 13 contests, with its only two losses coming vs. (then) No. 9/9 Virginia Tech (59-56) on Dec. 4 and at No. 2/2 Stanford on Dec. 18 (77-70).

On Thursday in College Station, Tennessee stayed unblemished in league play by taking care of Texas A&M (5-10, 0-5), 62-50, with Rickea Jackson firing in 22 points, while Jordan Horston chipped in 12 points and Tess Darby contributed 10 points and a career-high eight rebounds. Tennessee improved its record on the road to 3-2 this season, including 3-0 in league play, after dropping its first two away games of the year at top-three ranked teams Ohio State and Stanford.

The Lady Vols traditionally have been hard to beat at Thompson-Boling Arena with a 90-percent winning percentage there over 36 years, and this season has been no exception. The Lady Vols bring a 9-2 mark on The Summitt into Sunday’s matchup with UGA, with the only losses there coming vs. Indiana and Va. Tech.

Following a 7-0 start this season and 11-3 non-conference record, Georgia has dropped three of its last five contests since SEC play began. On Thursday in Athens, Georgia struggled to 39-percent shooting, including nine percent from three-point range, and surrendered a 14-5 edge on fast break points in dropping a 66-58 decision to Ole Miss. A 22-14 first quarter by the Rebels was the difference, as the teams played each other even the rest of the way.

The Scoop On Summitt Blue Uniforms

Looking Back At The A&M Game

Taking Advantage In The Paint

A Look At The Lady Bulldogs