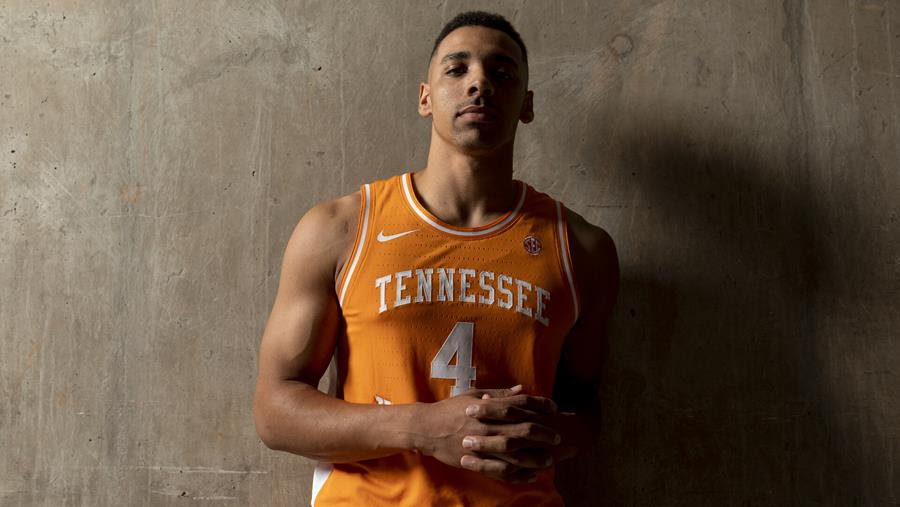 KNOXVILLE, Tenn. – Coming off last week’s undefeated two-game road trip, the fourth-ranked Tennessee men’s basketball team is back for a pair of home contests this week—beginning with a matchup against Georgia on Wednesday at 7 p.m. ET.

Fans can catch Wednesday’s game on SEC Network and online or on any mobile device through WatchESPN. WatchESPN can be accessed through the ESPN App, or online at espn.com/watch. Dave Neal (play-by-play) and Jon Sundvold (analyst) will have the call.

Tennessee (16-3, 6-1 SEC) wrapped up an undefeated two-game road swing Saturday with a 77-56 win at LSU—the Vols’ 10th win by 20 or more points this season. Josiah-Jordan James led the way with a season-high 22 points and hit four threes, while Zakai Zeigler had 12 points and 10 assists for his second-career double-double.

The Vols have won four of the last five meetings against Georgia, including three straight in Knoxville. Wednesday’s matchup marks the lone meeting of the 2022-23 season.

After Wednesday’s matchup with Georgia, Tennessee takes a brief break from conference play to welcome Texas to town for the SEC/Big 12 Challenge on Saturday. Tip off is set for 6 p.m. ET on ESPN. ESPN College GameDay will also be live from Knoxville on Saturday, broadcasting form Thompson-Boling Arena starting at 11 a.m. ET.

THE SERIES
• Tennessee leads its all-time series with Georgia, 98-61, dating to 1913.
• When the series is contested in Knoxville, the Vols own a 60-15 advantage.
• The Vols have won three straight home games in this series and have triumphed in four of the last five meetings overall.
• Over UT’s last three games vs. Georgia, Josiah-Jordan James has averaged 17.3 points, and Santiago Vescovi has averaged 12.3 points.
• Tennessee AD Danny White is the younger brother of Georgia head coach Mike White.
• Dating to 2017, Tennessee has won seven consecutive home games during Coaches vs. Cancer “Suits and Sneakers” Week.
• The Vols are 20-7 all-time during “Suits and Sneakers” week, including a 14-2 record at home.

SCOUTING REPORT
• The Vols have held the No. 2 spot in the NCAA’s NET ratings since Jan. 3.
• Tennessee ranks among the top 10 nationally in five different statistical categories.
• These Vols have won eight games by 30 or more points.
• During conference play, Tennessee leads the SEC in scoring defense (57.1 ppg), field-goal percentage (.488), 3-point percentage (.365), FT percentage (.810), rebounding defense (28.7), assists (17.4) and assist/turnover ratio (1.4).
• In its last 23 games against SEC opponents, the Vols are 21-2 with wins over every league opponent except Alabama (no meetings).
• Zakai Zeigler is averaging a league-best 7.3 assists during SEC play.
• Julian Phillips is the reigning SEC Freshman of the Week after averaging 14 points, 7.5 rebounds and 1.5 assists in road wins at Mississippi State and at LSU.
• UT’s bench is giving the Vols 22.9 points per game.
• Tennessee ranks fifth nationally in average home attendance (17,265)—one of three SEC teams in the top five.

THE NATION’S BEST DEFENSE
• For the ninth straight week, the Volunteers own the best adjusted defensive efficiency in the country per KenPom, allowing only 83.8 points per 100 possessions.
• Tennessee owns the best overall field-goal percentage defense (.342) and 3-point defense in Division I (.218).
• In 19 games, Tennessee opponents have managed to make only 92 3-pointers—just 4.8 per game.
• Nine times this season, the Vols have held their opponents to 50 points or less.
• Only three opposing players have scored 20 or more points against the Vols this season.
• Tennessee trailed at the break only three times this season and is outscoring its opponents 35.3 ppg to 25.0 ppg in first-half action (+10.3 ppg).
• It’s been more than a month since the Vols allowed a team to score 70 points (Dec. 17 at Arizona; 75).

ABOUT GEORGIA
• Georgia (13-6, 3-3 SEC) has dropped its last two games after winning three of its first four to open conference play. The Bulldogs were hot out of the gates against SEC competition, defeating Auburn, Mississippi State and Ole Miss in their first two weeks of conference play before falling in back-to-back games to Kentucky and Vanderbilt.
• Currently ranked No. 105 in the NET rankings, the Bulldogs are 3-3 against Quad I and Quad II competition—their “best” win standing as the home win over Auburn on Jan. 4. Georgia is 1-4 in true road games this season.
• Through just 19 games, Georgia has already more than doubled its season-long win total from last year, when the Bulldogs finished 6-16 overall and 1-17 in SEC play.
• Bulldogs’ head coach Mike White is in his first season as Georgia’s head coach after spending the previous seven seasons as Florida’s head coach from 2015-22. With Florida, White was 2-8 against Tennessee—including an 0-6 mark in Knoxville.
• Senior guard and Bradley transfer Terry Roberts has emerged as Georgia’s leader in scoring (15.9 ppg) and assists (4.2 apg). Roberts’ scoring production has increased to 19.5 ppg in SEC play compared to 14.1 ppg in non-conference play.
• Junior guard Kario Oquendo, a preseason second-team All-SEC selection and Georgia’s leading scorer last season, is second on the team with 13.4 ppg.
• Roberts and Oquendo were teammates during the 2020-21 season at Florida SouthWestern State College. Oquendo then transferred to Georgia for the 2021-22 season, while Roberts went to Bradley for a year before reuniting with Oquendo at UGA this season.

LAST MEETING WITH THE BULLDOGS
• Bolstered by a second-half run and some timely stops on the defensive end, Tennessee grabbed a 75-68 road win at Georgia on March 1, 2022.
• Josiah-Jordan James scored a career-high 23 points on 8-for-12 shooting, with eight rebounds and five assists.
• Kennedy Chandler added 16 points and had four steals, while John Fulkerson scored 12 and Santiago Vescovi added 11.
• Aaron Cook led Georgia with 17 points.
• Trailing 44-43 after a corner three from Kario Oquendo with just under 16 minutes to go, Tennessee rattled off an 11-0 run—consisting of three 3-pointers from James.
• The Vols and Bulldogs went into the halftime break tied at 35 after a back-and-forth opening half.
• Georgia shot 52 percent from the field during the first half, while Tennessee shot 39 percent.

WHITE FAMILY CONNECTION ADDS NEW TWIST TO SERIES
• Tennessee Vice Chancellor/Director of Athletics Danny White is the younger brother of Florida head basketball coach Mike White.
• Since Danny White became the Tennessee AD, the Vols are a perfect 3-0 against Mike’s teams.
• Another White sibling, brother Brian, is the AD at Florida Atlantic. The Owls this season own an 19-1 record in men’s basketball, including a perfect 9-0 mark in Conference USA games.

M. WHITE FACED VOLS AS A REBEL
• During his playing career at Ole Miss from 1995-99, Georgia coach Mike White went 1-3 against UT.
• White played in all four games, averaging 5.0 points and 1.5 rebounds while shooting .357 from the field and .625 from 3-point range (5-8).
• The Rebels’ lone win over the Vols during that span came during White’s sophomore season (1996-97), and his most productive scoring game vs. UT came when he was a freshman (eight points).

ZEIGLER BURDENED FOR LAST SEASON’S GEORGIA GAME
• Although the Vols won last season’s March 1 game at Georgia, freshman Zakai Zeigler had a rough outing.
• Three nights earlier, Zeigler learned that his mother’s apartment back home in New York City had been destroyed by a fire.
• His mother, Charmane Zeigler, attended that March 1 game at UGA’s Stegeman Coliseum while staying with family in Atlanta, and that was the first time Zakai saw her after the devastating fire.
• Zakai’s two points vs. the Bulldogs tied a season-low. He shot just 1-of-7 from the field and had two turnovers in just 19 minutes of action.
• Charmane and the rest of Zakai’s family has since relocated to Knoxville following a big assist from Vol Nation.

ZEIGLER ELEVATED TO STARTER’S ROLE, SHINING
• After coming off the bench for Tennessee’s first 17 games, sophomore guard Zakai Zeigler has started each of the last two.
• Between his points (12) and assists (10) Saturday at LSU, he accounted for 38 of UT’s 77 points in the win.
• Despite having a backup role for more than half of the regular season, he still averages the second-most minutes among this year’s Vols (29.1 mpg).
• Zeigler brings an invaluable element of fire and toughness when he enters the game. Rick Barnes often says Zeigler has a knack for impacting the game outside of just scoring.
• During SEC play, Zeigler leads the league in assists (7.3 apg) and ranks second in assist/turnover ratio (3.00) and fourth in steals (2.14 spg).
• The last Vol to average more than 5.0 assists per game in SEC play was Jordan Bone in 2019 (5.9 apg).
• Zeigler scored a then-career-high 21 points during Tennessee’s loss at Arizona Dec. 17 and then bested that one month later with 24 in a win at Miss. State.
• In seven career games against top-10 opponents, he averages 11.9 points per game.

SHORTHANDED SUCCESS
• Tennessee owns an .842 winning percentage and is rated No. 2 nationally in most analytics-based metrics despite being regularly shorthanded this season.
• At least one scholarship rotation player has been unavailable for 13 of UT’s 19 games, with five Vols combining to miss 15 contests.

TENNESSEE SET TO HOST ESPN’S COLLEGE GAMEDAY FOR THIRD TIME
• ESPN College GameDay will originate live from Thompson-Boling Arena Saturday in advance of that day’s 6 p.m. ET showdown with No. 10 Texas.
• The show also is broadcasting from Knoxville Thursday to highlight the Lady Vols’ clash with UConn.
• Tennessee previously hosted College GameDay on Jan. 31, 2009 (79-63 win over Florida) and Jan. 15, 2011 (67-64 win over Vanderbilt).
• The Volunteers are 3-3 all-time in games for which College GameDay is on-site.