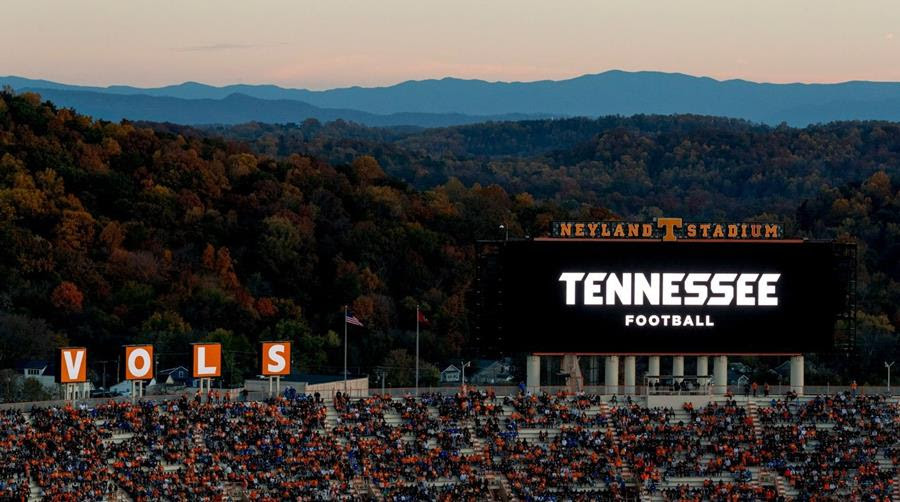 KNOXVILLE, Tenn. – Tennessee football has officially added four talented FBS transfers to its 2023 roster, while 24 additional members of the #RockyTop23 signing class began classes on Monday, the first day of the spring semester on the UT campus.

They join tight end McCallan Castles from UC Davis, linebacker Keenan Pili from BYU, offensive lineman Andrej Karic and placekicker Charles Campbell, who were announced in December. All are now enrolled for the spring semester.

Additional spring semester enrollees from the #RockyTop23 class include:

The Vols are coming off their first 11-win campaign since 2001 along with a No. 6 final ranking following an Orange Bowl victory over ACC champion Clemson. With spring semester classes starting, offseason workouts are now underway for Tennessee football.

John Campbell Jr., OL, 6-5, 320, Orlando, Fla. (Miami/Dr. Phillips HS)
Skilled, veteran offensive lineman transfer who spent five years at Miami before transferring to Tennessee for the start of the 2023 spring semester … Will have one year of eligibility as a sixth-year redshirt senior in 2023 … Played in 33 games with 17 starts at Miami … Saw action in 12 games in 2022, starting at left tackle in 11 of those contests with 763 offensive snaps according to PFF … Did not play in 2021 while recovering from leg surgery … Played in seven games with four starts as a redshirt sophomore during the 2020 COVID-19 season … Saw action on 270 offensive snaps in 220 and allowed only one sack … As a redshirt freshman, played in 11 games with two starts … Made first career start at right tackle in 2019 season-opener vs. Florida and also started at left guard in the 2019 Independence Bowl vs. Louisiana Tech … Appeared in four games as a true freshman in 2018 … A four-star prospect and one of the top-20 offensive linemen in the country according to Rivals.com coming out of Dr. Phillips High School in the Class of 2018 … Considered a three-star signee by 247Sports.com and ESPN.com … Helped guide Dr. Phillips to a 13-2 record and its first-ever FHSAA football state title in 2017 … Received scholarship offers from over 25 schools, including multiple SEC programs, before choosing Miami … Twitter handle is @_jcamp74 and Instagram handle is @jcamp.74.

Gabe Jeudy-Lally, DB, 6-2, 185, Austin, Texas (BYU/Vanderbilt/Ardrey Kell (N.C.) HS)
Versatile defensive back graduate transfer who returns to the SEC … Played at Vanderbilt from 2019-21 before transferring to BYU for the 2022 season … Owns two seasons of remaining eligibility … Played in all 13 games with 10 starts for the Cougars where he starred at cornerback in 2022 … Tied for the team lead in pass breakups with seven, while ranking seventh on the squad in tackles with 46 as a junior, including 31 of the solo variety … Made a season-high seven tackles against Arkansas (10/15) … Notched a season-best three pass breakups vs. Utah Tech (11/19) … Played in 12 games and tallied 50 tackles – 35 solo – with one interception and one PBU in 2021 at Vanderbilt … Made a season-high 10 tackles in win vs. Mississippi State that fall … In 2020 at Vanderbilt, played in seven games with three starts, snagging one interception to go along with 13 tackles, one tackle for loss and one PBU … Recorded his first career interception and returned it 30 yards vs. Tennessee (12/12) … Member of the 2020 SEC Academic Honor Roll … Earned his degree from Vanderbilt … Prepped at Ardrey Key in Charlotte, North Carolina, where he was a three-star prospect by ESPN.com, Rivals.com and 247Sports.com … Finished his high school career with 103 solo tackles, three interceptions, six fumble recovers and a 23.7 kickoff return average … Logged 59 tackles, two picks and two fumble recoveries as a senior and was a two-time all-conference first team selection … Twitter handle is @GabeJeudy and Instagram handle is @gabe_jeudy.

Omarr Norman-Lott, DL, 6-3, 290, North Highlands, Calif. (Arizona State/Grant Union HS)
Athletic defensive lineman who transferred to Tennessee from Arizona State for the 2023 spring semester … Owns two seasons of remaining eligibility … In 2022, collected 14 tackles, three tackles for loss and two sacks in nine games for the Sun Devils … In 2021, played in 11 games and racked up 30 tackles—16 solo—with four tackles for loss and two sacks … Made his first career start that season at Washington … Among players with at least 300 snaps played, was the fifth-highest graded interior lineman in the Pac-12 as a pass rusher with a score of 73.2 in 201 … Made one appearance as a true freshman in 2020 against USC before redshirting … A consensus four-star prospect coming out of Grant Union High School in Sacramento, California … Tabbed by Rivals as the No. 27 defensive tackle recruit nationally and the No. 29 overall prospect in California … Finished his high school career with 110 total tackles, 32 tackles for loss and 17 sacks … Compiled 45 total tackles, nine tackles for loss, five sacks and an interception returned for a touchdown during his six-game senior campaign of 2019 … Twitter handle is @LottOmarr and Instagram handle is @BagWayMarr.

Dont’e Thornton, WR, 6-5, 200, Baltimore, Md. (Oregon/Mt. Saint Joseph HS)
Speedy wide receiver who played two seasons at Oregon before transferring to Tennessee for the start of the spring 2023 semester … Owns two seasons of remaining eligibility … Played in 25 games in his two seasons at Oregon, combining for 26 catches for 541 yards and three touchdown catches … Caught 17 passes for 366 yards and one score, averaging a team-best 21.5 yards per catch as a sophomore in 2022 … Played in all 14 games with two starts as a true freshman in 2021 … Tallied nine receptions for 175 yards and two scores, headlined by four catches for 90 yards and a touchdown in the Alamo Bowl vs. Oklahoma (12/29) … A consensus four-star recruit and top-100 player nationally by 247Sports Composite … Prepped at Mount St. Joseph in Baltimore … Ranked the No. 72 overall player by 247Sports.com, No. 56 by Rivals.com and No. 88 by ESPN.com for the Class of 2021 … The No. 1 rated wide receiver in Maryland and was No. 6 in the 247Sports Composite and No. 10 by 247Sports.com at the position … Selected to play in the 2021 All-American Bowl and the 2021 Polynesian Bowl … Finished his high school career with 78 receptions for 1,881 yards and 26 touchdowns while averaging 24.1 yards per catch despite his senior season being postponed due to COVID-19 … As a junior, helped lead Mount St. Joseph to the 2019 MIAA Class A state championship with a 10-2 record … Finished his junior campaign with 38 receptions for 1,021 yards and 16 touchdowns in 11 games played … Also a standout in track and field … Twitter handle is @IamDTJ11 and Instagram handle is @mac11__.