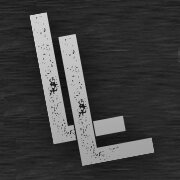 As conferences ponder the future of the 2020 college football season amid the COVID-19 pandemic, one of the nation’s largest programs sits on the sideline, waiting to see how many games it loses before going to work on seeing how many it can replace.

But that’s not to say Notre Dame is simply twiddling its thumbs as the clock tick toward the scheduled start of the season.

Among the variety of topics covered in an interview with the South Bend (Ind.) Tribune on Tuesday, Notre Dame athletic director Jack Swarbrick talked about two potentially huge issues the college football powerhouse could soon be dealing with: the Fighting Irish name and mascot, and the potential of football players sitting out the upcoming season to protect their NFL futures.

On the latter, Swarbrick said he doesn’t expect to see players opting out this year, though he said he would support such decisions.

“If someone chose to do it, I’d understand,” Swarbrick told the Tribune. “If someone chose not to participate under a health concern, they’d have our full support. But I don’t anticipate that right now based on what I know and the discussions I’ve had.

“If you move to spring, I think the dynamic changes, but I don’t see it in the fall.”

As for the name change — a growing issue nationally — Swarbrick said the university stands behind the Fighting Irish name. however, he added that welcoming opposing viewpoints and engaging in an inclusive discussion are more important to him.

“What we’re stressing in the current environment with our students is: We want to talk about everything,” Swarbrick said a day after the NFL’s Washington franchise announced it is retiring the Redskins nickname. “We want to talk about any issue or any concern, especially relating to social justice and the treatment of other people.

“So it would be inconsistent with that core message not to say we welcome people’s thoughts on this. We view it very positively. We don’t view it as having a negative connotation and certainly our experiences in Ireland have tended to reinforce that view.

“But I understand some people might have a different view and I welcome them expressing those views.”

The Pac-12 and Big Ten have already announced they will play conference-only schedules for all fall sports. That means Notre Dame’s scheduled games against Wisconsin, Stanford and Southern California won’t take place this season.

The Atlantic Coast Conference, with which Notre Dame has a partnership in sports other than football, has yet to make a decision about its fall schedule. The Irish have six ACC opponents on their football schedule, and multiple media reports have indicated that the ACC might help Notre Dame fill the holes in its schedule.

“The ACC has been and continues to be a phenomenal partner for us, and I have every confidence that they’ll continue to be helpful to us,” Swarbrick said.