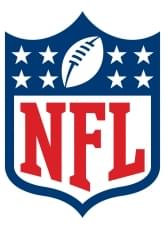 The Tennessee Titans placed cornerback Adoree’ Jackson on injured reserve because of a knee injury just hours before their Monday night season opener against the Denver Broncos.

Jackson, 24, injured his knee during Friday’s practice and on Saturday was ruled out of the opener.

Due to being placed on injured reserve, Jackson must miss at least three games.

Cornerback Tye Smith was promoted from the practice squad to replace Jackson on the 53-man roster.

Tennessee also elevated running back Jeremy McNichols and receiver Nick Westbrook-Ikhine from the practice squad as the 54th and 55th players for Monday’s game.

A new rule allows a team to promote two players to the active roster before a game due to the COVID-19 situation. Both players revert to the practice squad after the game.