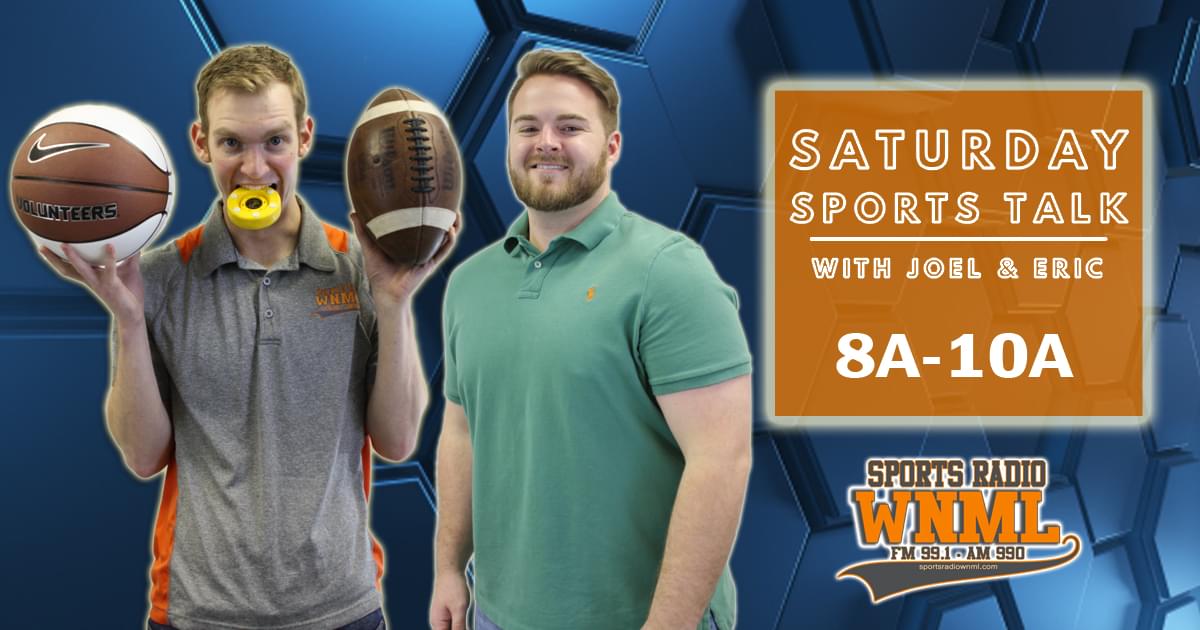 A weekend 99.1 The Sports Animal on-air tradition, Saturday SportsTalk, is hosted by Joel Silverberg and Eric Cain each Saturday, 9am to Noon!

The show brings you the latest sports news on a rare live, local, weekend sports talk show with the opinions and analysis of weekday show contributors and producers Joel Silverberg and Eric Cain. They’ll have special guest live interviews and react to all things UT sports and beyond!

Joel Silverberg
Joel came to 99.1 The Sports Animal in 2014 shortly after graduating from Piedmont College in Demorest, Georgia. In addition to co-hosting Saturday SportsTalk, you can hear him weekday mornings on Sports 180, 9am to Noon and Noon to 3pm, respectively. Joel also serves as the play-by-play voice for the Knoxville Ice Bears of the Southern Professional Hockey League. A Knoxville native, Joel grew up an avid fan of the University of Tennessee, as well as the Tennessee Titans and the Nashville Predators. Follow Joel on Twitter at @JoelSilverberg