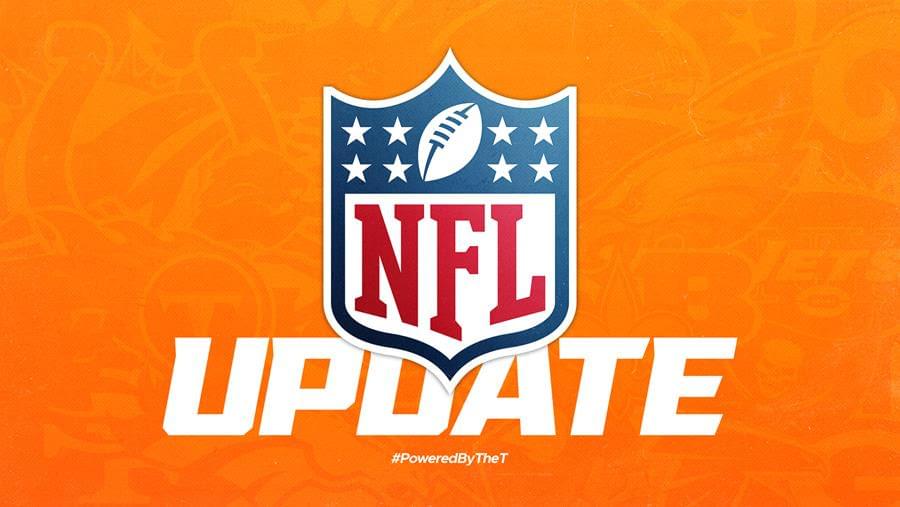 A longtime tradition on the Knoxville airwaves returns once again for it’s 19th season…The NFL Report!

Host John Wilkerson drives the bus as the show starts Sunday mornings at 10 and takes you up to the NFL Game of the Week pre-game show from Compass Media at 12:30pm.

For two and a half hours, John and two rotating 99.1 The Sports Animal hosts talk nothing but the National Football League. They’ll recap the previous week’s action, the Thursday Night Football Game to start the new week and all the big league news from the past week.

This season, The Sports Animal is broadcasting 80+ live games on AM 990 and sometimes simulcast on 99.1! No one brings you more NFL coverage than we do! Check back for our 2022-2023 NFL season broadcast schedule!

Some of The Sports Animal hosts you’ll hear on the show with John Wilkerson include…Vince Ferrara, Josh Ward, Brian Rice, Tyler Ivens, Will West, Joel Silverberg, Eric Cain and others.

They’ll analyze all the day’s games and the Monday Night Football tilt. They’ll share players of the week, make predictions and have a whole lot of laughs along the way.

Plus, they’ll take your phone calls with questions or comments on the NFL. Yes, that includes you fantasy football players. Feel free to ask for last minute advice on your tough line-up decisions by calling in or sending the show a tweet at @WNMLNFLReport or @SportsAnimal991 or both!

John and the guys doing the show at different rotating Diverse Concepts restaurants enjoying their amazing variety of brunch buffets and tremendous atmospheres! You can join them at their live broadcast locations each Sunday from 10am to 12:30pm on 99.1 The Sports Animal!

Check back for the 2022-2023 live broadcast location schedule coming soon!

Below are some of the Diverse Concepts restaurants that are in our broadcast rotation.

Predictions, blogs, images, features and much more content will be added soon as well!

Listen to previous shows below and see what they missed or what they got right!