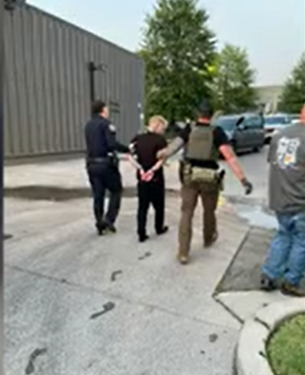 An armed felon accused of pointing a gun at a Blount County Sheriff’s Office deputy is taken into custody after a helicopter search.

Officials with the sheriff’s office say a Blount County deputy walked up to 18 year-old Quinn Rayder at the Hamilton Crossing Shopping Center in Alcoa last night (Tuesday) . When Rayder saw the deputy, authorities sayhe pointed his gun at them and then ran away.

Knox County Sheriff’s Office Airwatch searched for Rayder from the air and many law enforcement officers were at the shopping center. Rayder was captured within a few hours.

In addition to the warrant out for his arrest for violation of probation for delivery of a Schedule VI controlled substance, Rayder is now charged with aggravated assault on a law enforcement officer and evading arrest.